I wrote this last night and originally posted it to Facebook where many kind people posted in the comments. – Max

My grandfather Niilo Koponen passed away after waning for the last few years. He was, to me as to many, an inspirational Great Man. I’m proud to be his grandson.

For the past three hours, I’ve been reflecting on his remarkable life, as I know it. Some parts of it: He was born in 1928. He grew up in the Bronx, the son of Finnish immigrants, attending the NY School of Music and Art. He was the first white student at the historically black Wilberforce University. He met my grandmother folk dancing. They intrepidly homesteaded in Fairbanks, Alaska and raised five children. He left Alaska a few times, to earn degrees from Harvard’s Ed School and from the London School of Economics. He was a principal, fire fighter, and later Representative to the State House for 10 years. He helped found the local Head Start, credit union, and Quakers among many other endeavors. He always seemed to inspire those around him.The Sunday sauna at my grandparents’ place has been running for more than 50 years. The ways I think of Sunday sauna are similar to how I think of him: Open and welcoming to all. Without pretense. Full of conversation on endless topics. Quiet, rousing, bold, rugged, and sophisticated. Intense. Without parallel.

He was, in my experience, many things I aspire to be, among them kind, caring, and welcoming of every person, no matter their background or beliefs, and interested in making a better world, one individual action (and one individual) at a time. He believed a better world was possible and worked to make that vision a reality.

I am feeling quite aware how inadequate a few paragraphs are to capture a person. Niilo, who admittedly read at a truly astonishing pace, would have read the above in about 5 seconds. I know I have only touched on a small part of who he was and his life. But I guess that’s all you can do, from one moment to the next. It’s been touching (and even comforting) to hear from those that knew him and, indeed, from those that didn’t. Thanks to everyone for your continuing comments. They mean a lot to me.

My thoughts are with my family, as well as with all those in Fairbanks and elsewhere who knew him. While I am sad, I am also proud and glad that I had the times with him that I did. I’m toasting you, grandpa, with a mug of smoky tea and homestead honey. 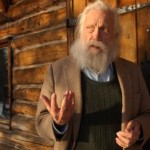 Niilo out back at the homestead. 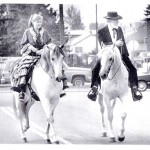 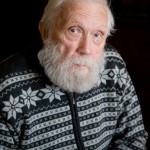 Niilo a few years ago. 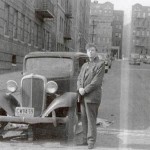 Niilo in the Bronx, circa 1950. I wonder if this was the car they drove to Alaska in? 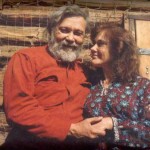 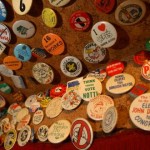 The Koponen button ceiling. Anyone who’s been there knows these. 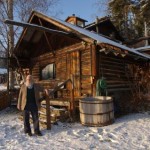 Niilo in winter time. (Clearly the back of the homestead is the popular backdrop for photos, eh?)

I also found this archived article from 2003 (almost exactly 10 years ago) worth revisiting.

4 replies on “Reflections from Max”